The Broadway Theater is excited to announce the upcoming season’s line up.  After over a year with very little activity due to covid, the staff and board for the Theater are thrilled to bring performing arts back to the community.

According to Maria Mortensen, Rock Springs Main Street/Urban Renewal Agency chairwoman, the season is a great mix of favorites and new events.

“We try to balance the schedule with a variety of genres and shows that will appeal to a broad range of guests,” Mortensen added.

Wyo Laffs Comedy was started in 2019 by Daren Bulow and Don Haines.  Daren and Don specialize in doing comedy fundraising shows and have raised tens of thousands of dollars for nonprofits.  Daren Bulow is The Hunting and Fishing Comedian, his comedy is about hunters, fisherman, crazy dog people and consist of stories about his real life (mis)adventures in the GREAT out-of-doors.   Don Haines is known as Poor Don. His comedy is about family, kids and his(mis)fortunes in life.

Cloverton is making a return appearance at the Broadway Theater for their Christmas Caroling Caravan. The Christmas experience with Cloverton has captivated audiences all across the country for many years. The four-piece pop-rock outfit finds a way to reach both young and old with their fresh renditions of the Christmas classics, fusing their melodic influences with the timeless songs that generations have been singing and enjoying for years. From classic hymns like “What Child is This” and “Joy to the World,” to crowd pleasing numbers like “Carol of the Bells” and “A Hallelujah Christmas,” you won’t want to miss out on this one of a kind Christmas experience.

For a very merry, honky-tonk, good time, get tickets to the annual, sold-out Bar J Wrangler Christmas Concert as soon as they go on sale. This world-famous sextet will perform holiday songs from yesterday and today. Their western harmonies and cowboy humor will whisk away the troubles and fill hearts with the joy of the season.

The Polar Express: December 17 and 18

The holiday tradition continues at The Broadway Theater with two showings of The Polar Express. Families can enjoy this classic on December 17 and 18.

Kuniko Yamamoto enchants audiences of every age with dramatic storytelling using myths and fables from ancient and modern Japan, spiced with social revelations to educate and amuse. In Magical Mask, Music and Mime of Japan Kuniko uses traditional Japanese music, handcrafted masks, stylized movement and a touch of magic to create an artistic balance of illusion and reality.

DINO-LIGHT was the recipient of the prestigious Jim Henson Foundation Grant and first feature-length theatrical production created and performed by creators Ian Carney and Corbin Popp.

In this original storyline, a famous scientist with magic powers brings a friendly dinosaur to life. When the dinosaur wanders away from home, he discovers a wonderful world full of creatures that light up the darkness and help him find the true meaning of love.

This glow-in-the-dark adventure is visually amazing and has been praised for its cutting edge blend of puppetry, technology and dance by audiences all over the world.

Armed with expertly crafted songs, percussive guitar playing, and an affinity for beatboxing and loop pedals, Biter delivers a concert that is commanding yet intimate. Biter has a unique way of making a coffee shop feel like a concert hall and a club feel like an intimate house show.

Utah Shakespeare Festival presents Much Ado About Nothing: March 29


From Iceland to Italy, and all over the U.S., Dirty Cello brings the world a high energy and unique spin on blues and bluegrass. Led by vivacious cross-over cellist, Rebecca Roudman, Dirty Cello is cello like you’ve never heard before. From down home blues with a wailing cello to virtuosic stompin’ bluegrass, Dirty Cello is a band that gets your heart thumping and your toes tapping!

When tickets for each show are available, they will be announced closer to the dates of the performance and will be available at the Rock Springs Urban Renewal Agency office, 603 South Main Street and online.

Those who appreciate The Broadway Theater are encouraged to sign up for the Friends of the Broadway patron program to help support events.

“We’re really excited about the variety of shows we’ve scheduled so far,” URA Manager Chad Banks said. “There’s something for everyone.”

He added, “It wouldn’t be possible without our patrons and many underwriters. 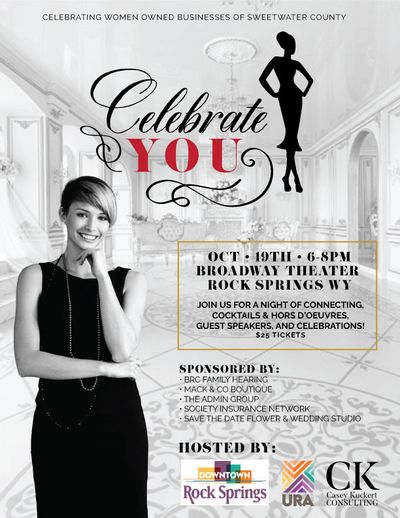 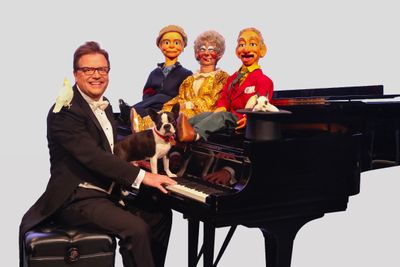 It Will Be a Dog-Gone Good Time at the Broadway Theater!     Have you ever met a talking dog? Get ready and meet the funniest comedi...
Read More 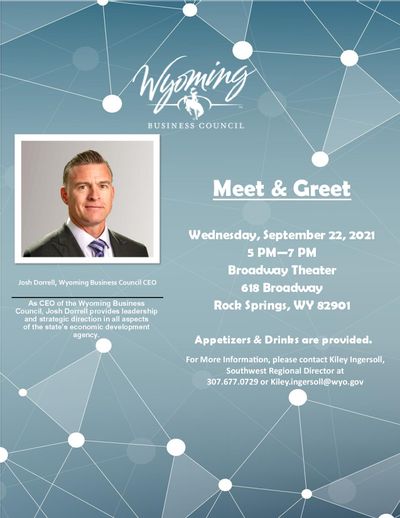 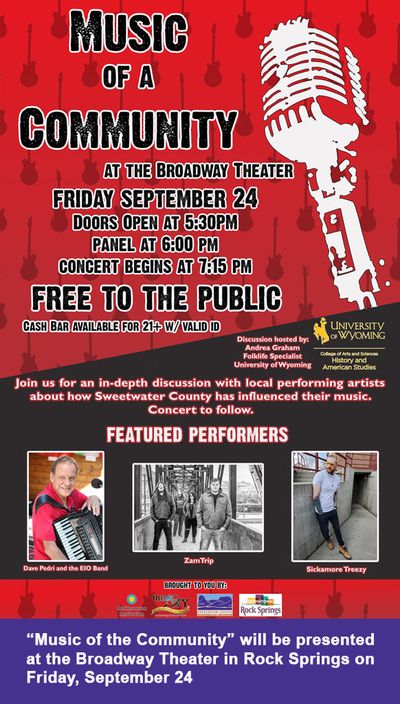